The Things You Learn: Videoconferencing & the People You Know 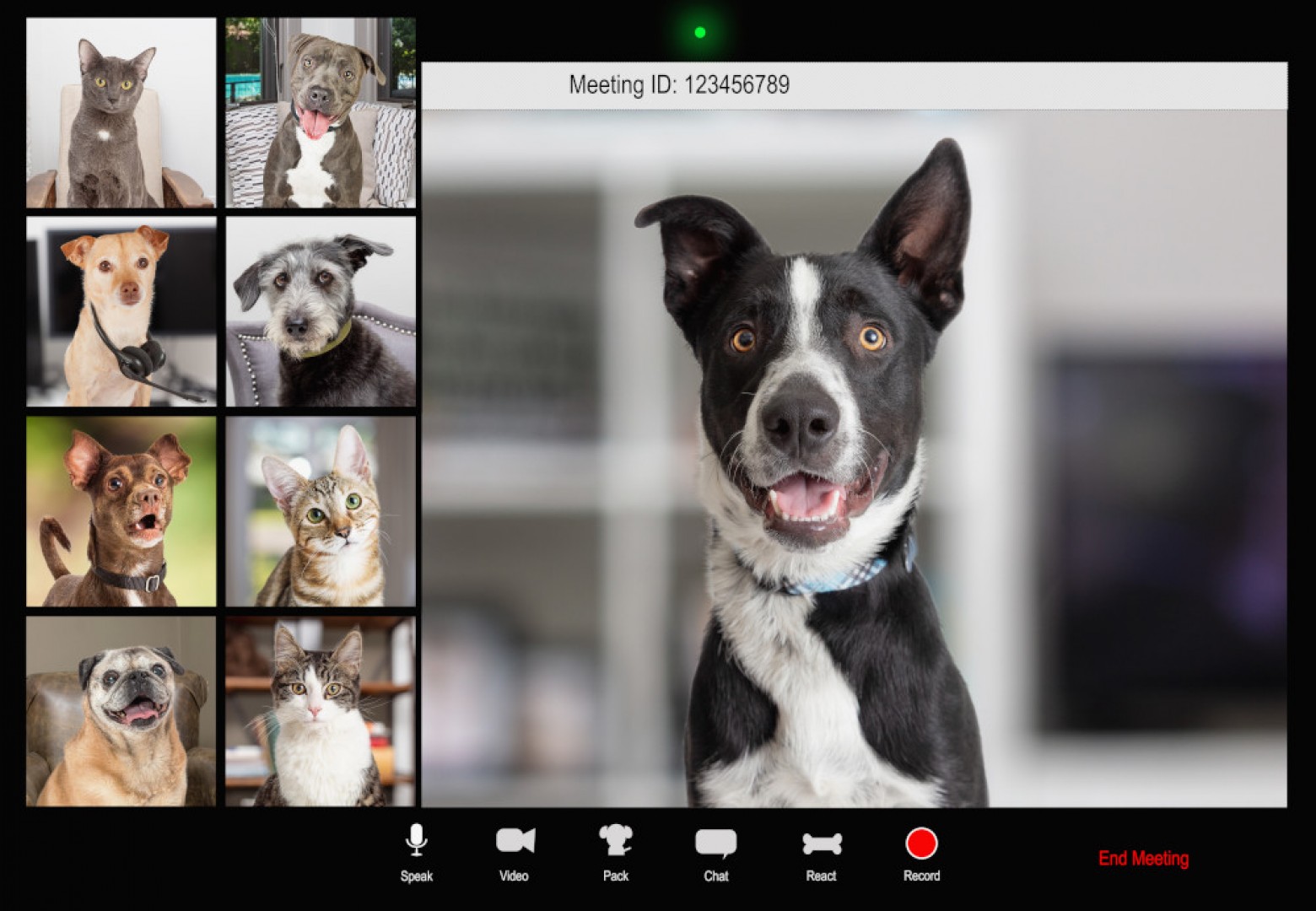 We're at the end of Week 7 of business as pixels on a screen, brought to you by your responsible business owners and curve flatteners (well done, all). During this time, we've all learned to love (?) the video conferencing tools that have become a ubiquitous part of client interaction, networking, and drinking parties across the nation. From screen freezes, to failures to launch conferencing apps, to 'whoops I was on mute again', video conferencing woes have brought us all closer, even as it makes it easy for us to interact without ever having to wear real pants.

We've participated in a number of webinars and networking events via Zoom, Google Meetings, Microsoft Teams, and a handful of other video conferencing tools, all of which we like to varying degrees. Just throwing it out there that if you're not prepared prior to a meeting, you will be the one scrambling to find links, download app launchers, and figuring out video and mic settings as everyone waits, since every conferencing tool is just a little bit different from the one that you FINALLY got a handle on.

As we've participated, we've learned a few funny things about how we and other people use these business tools, and I did a quick office survey on some of the quirkier aspects of trying to be professional and engaged while on a webinar or in a meeting.

Nervous Laughter, No Please Go Ahead, and Where Did You Come From?

Networking groups have really worked to leverage tech to get their groups engaged in a relatively familiar networky kind of way, but video conferencing just isn't quite there yet. Jared mentioned that he finds it funny that no matter how many people get into a virtual space, there's no way to have side conversations comfortably, leading to continuous "presentation" style, rather than conversation style socializing.

Fateme brought up the late arrivals and the sneak-outs that can happen without anyone knowing, often accompanied by "was he here the whole time?" questions.

I'm generally pretty uncomfortable appearing in video, so I leave my camera off most times (allowing me to sneak in and out), but I also rely on facial expressions a lot to get a handle on how things are going with other participants, which is possible but not simple on video.

Jared notes that because cameras are not on the screen, some people try for eye contact by looking in the camera (which seems odd), but others end up with the 40 yard stare style of looking at the monitor while talking. We can see you're playing a game while on the webinar, Dave. You're not fooling us.

What I've Noticed About Us

I've known Jared and Fateme a long time, but there are always things to learn by the looks of it.

Jared is an over-enunciator and can be a bit loud on conference (just a heads up to keep a finger on the volume). But he gets his point across and is quite good at navigating the 'who's going to talk now' sound gap.

Fateme is a patient participator, and waits for someone to direct towards her before talking. She's also an over-speaker. She will finish her point even if someone else is interrupting. Don't worry, you'll get your chance. She's a good listener.

In non video land, I'm an interjector. This is mostly because I find things funny in meetings that most people don't catch, and I like to point that out or emphasize. In video land, this leads to the over-speaking problem and the 'I'm sorry I didn't catch that', nervous laughter, and 'no nothing at all please go on'. I also tend to open my mouth long before there's a spot for me to speak, another good reason for keeping my camera off.

We're All in This Together

I think mostly we've all been doing a great job of navigating this technical landscape we've been shoved into rather rudely. We are adapting to professionalism with challenges, and I feel that in a lot of businesses, we are doing our best to keep things humming along.

We miss you all, though, and the casual time that we spent together at different events that weren't quite so structured as video conferencing forces us to be. We've considered having a Come & Go Meetings chat where smallish groups can tune in and tune out as they need to, and the topic can be as broad or focused as participants like. We're not sure, though, if technology or even we are ready for that type of gathering.

Nothing ventured nothing gained though, so if anyone is interested, let us know!